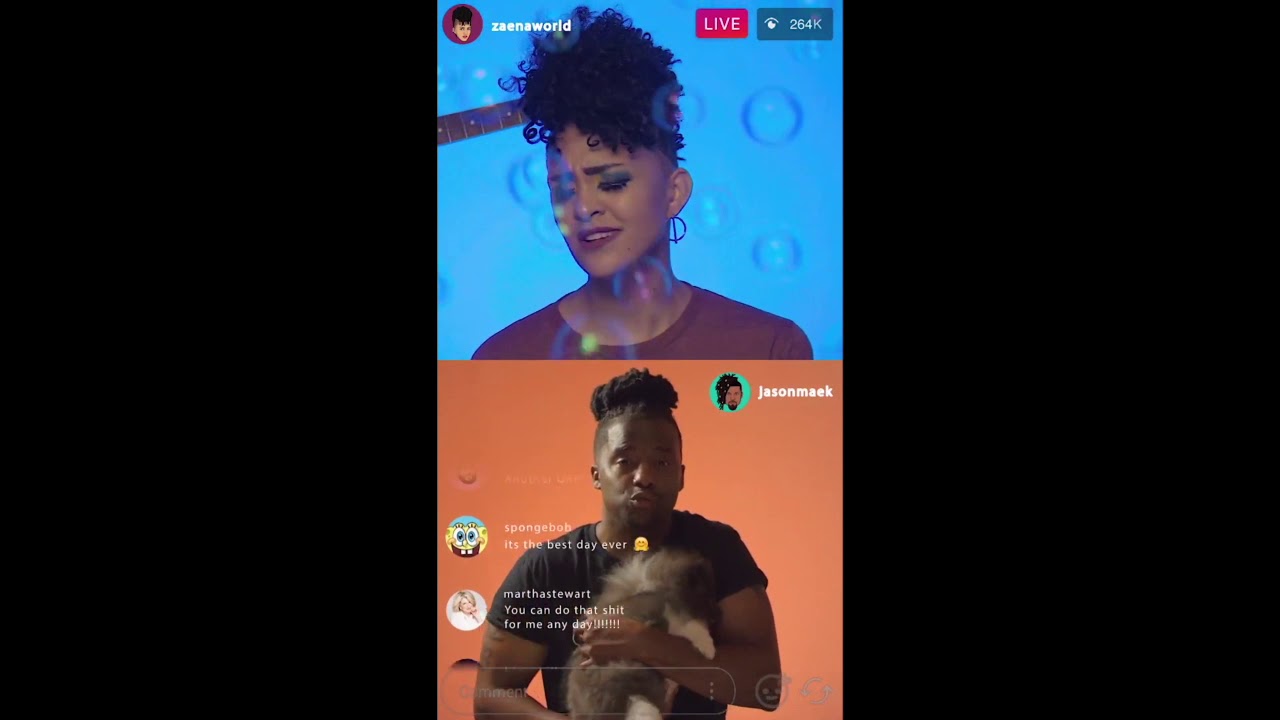 Directed by Jason Maek, ‘Do This Sh*t’ is stylized like a surreal Instagram Live chat between Zaena and Jason Maek. The color temperatures complement the subtle social critique on gender norms. Several times in the video, characters sing sections typically typed as “male” or “female”.

“We don’t conform to gender roles”, says Zaena. “It was important to show women singing songs performed by men and vice versa in the video. It was our way of saying you can be whoever you want.” The duo focuses a lot on self expression and creativity throughout all aspects of their lives, not just music.

‘Do This Sh*t’ features a series of hilarious comments during the stream from a variety of celebrities. The video comes right off the heels of Valentine’s Day, making it the perfect anthem for the Hallmark holiday.

“We wrote this song while on tour actually”, added Jason Maek. “I know it’s extremely cheesy, but we really would do anything for each other. And, I got to play with a dog so that was cool.”

‘Do This Sh*t’ is available on Spotify, Apple Music, and all other streaming platforms.